← back to
Backward Music
Get fresh music recommendations delivered to your inbox every Friday.
We've updated our Terms of Use. You can review the changes here. 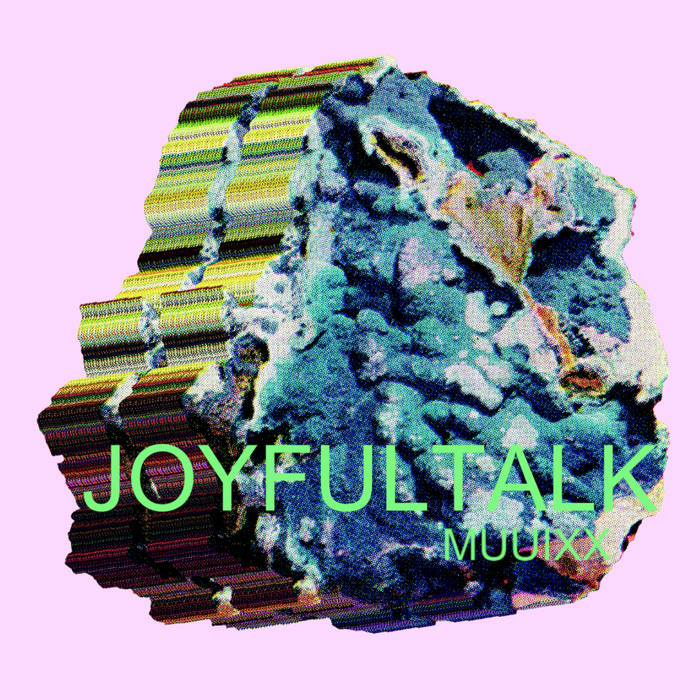 For all its experimental underpinning, MUUIXX strikes an incredible balance between playful textures, backdoor pop sensibilities and serious structural integrity. JOYFULTALK's (Jay Crocker) homebuilt instruments and analogue treatment imbue the nine tracks with a wide range of sensations, recalling a myriad pioneers: the heavy patchwork of Cluster, the micro exoticism of early RZA, even the fraught insistence of Derek Bailey. But reference aside, MUUIXX has a motion all it's own; a peculiar kind of ticking that threads itself along. Diligently scored, performed and recorded by Jay Crocker with a set of fourteen custom built instruments at his home studio in Crousetown, Nova Scotia, MUUIXX functions as a vibrant, oversized diorama of its creator's mind, an evocative scene that could be designed by no other.

JOYFULTALK is the most recent brainchild of Canadian composer Jay Crocker (Ghostkeeper, No More Shapes), JOYFULTALK is a curious dialogue modified to make a little universe of itself; wordless rivers of analogue tongue, glitching fields of electric grass, an orbit of junked vocabulary. Originally based in Calgary, Jay Crocker has spent the better part of his lifetime creating inimitable music with groups such as the jazz-inflected No More Shapes and the Polaris-nominated avant-blues outfit Ghostkeeper. He's also had a substantial career under his own name in a number of incarnations, be it touring a ten-piece neo-classical pop band, or playing a decade's worth of experimental sets as a part of Calgary's noise and improv scene.

JOYFULTALK is Crocker's most singular, inventive and exciting project to date. An opus of sorts, MUUIXX, marks the emergence of a new voice from one of Canada's most fearless and beloved musicians.

"...one of the least predictable albums to have crossed this desk in many a moon." - Textura

"This is a more than excellent work, combining a wide variety of interests and musical influences into quite an original work." - Vital Weekly

Composed, performed, and recorded by Jay Crocker at The Prism Ship in Crousetown, Nova Scotia.

Mastered by Jesse Zubot at The Britannia Beach Bunker

Artwork by Will Vandermeulen

Bandcamp Daily  your guide to the world of Bandcamp

Quelle Chris joins the show to discuss his most recent release, "DEATHFAME"